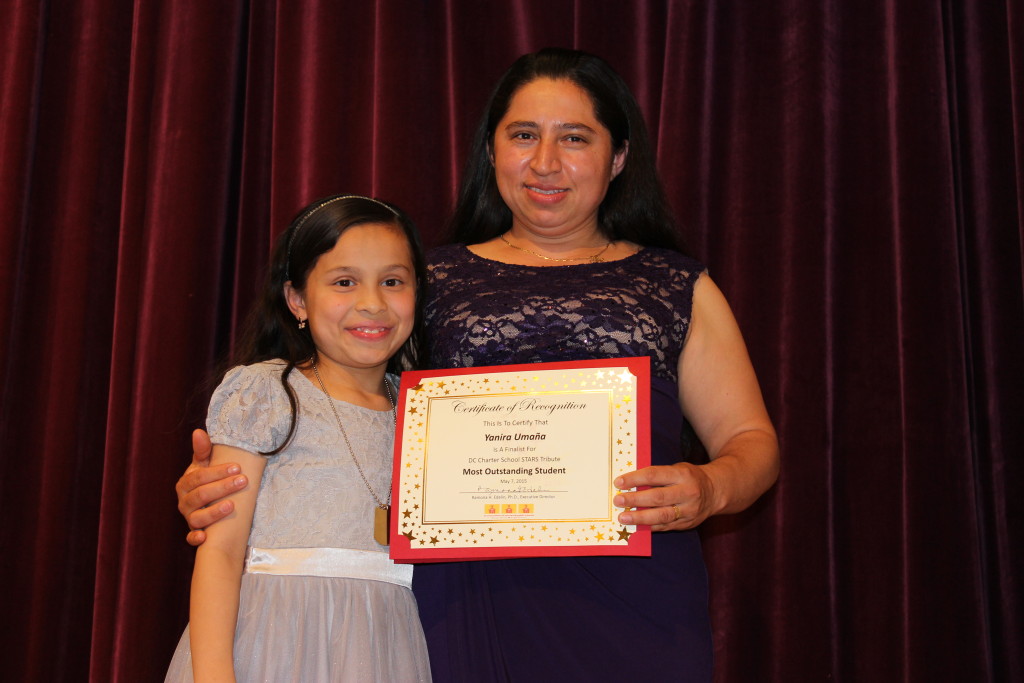 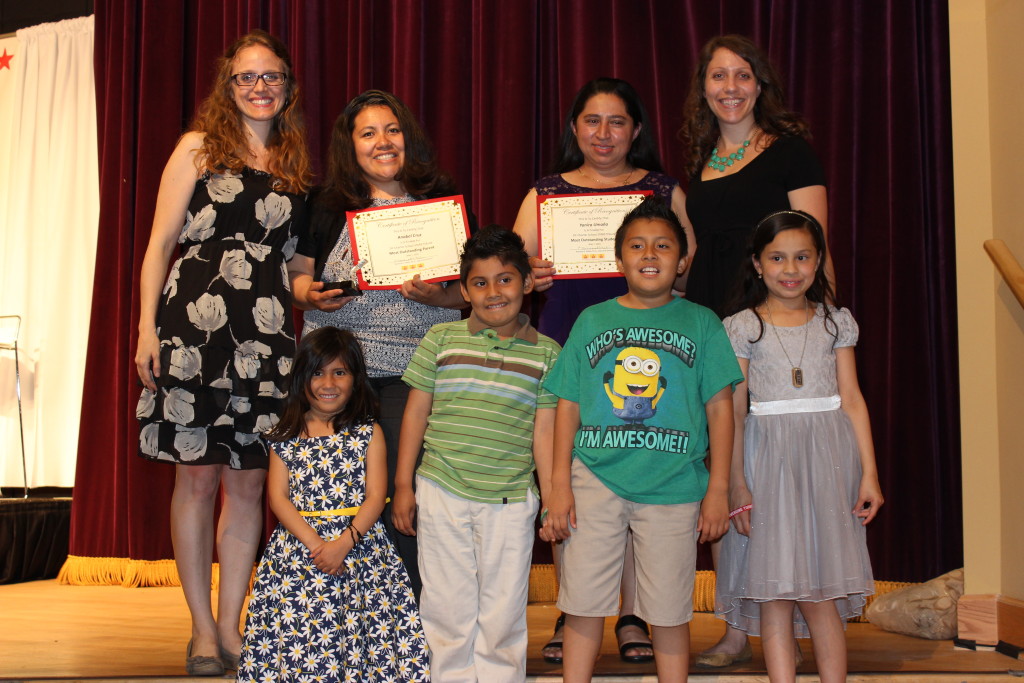 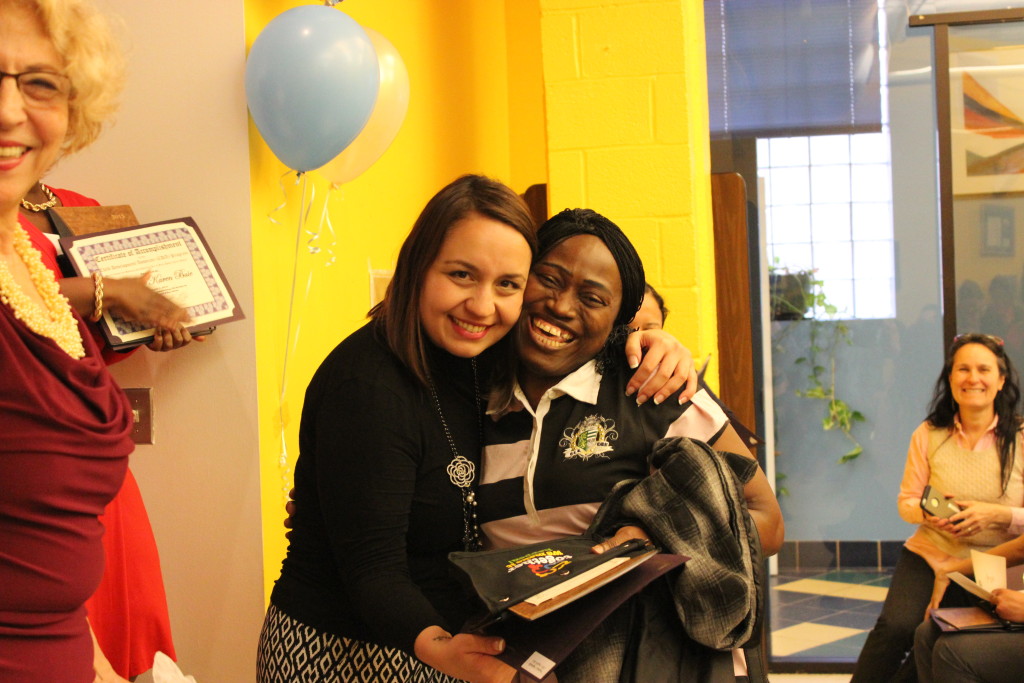 Forty-five students from Briya’s Child Development Associate (CDA) Program celebrated the completion of their coursework and the beginning of their professional careers at a graduation ceremony on April 2.

Briya’s Child Development Associate course prepares students for jobs such as an early childhood teacher or a licensed home daycare operator. Two classes, one in English and one in Spanish, are taught four evenings a week from September to March of each year.

During the graduation ceremony, two student speakers, Diana Loughridge and Barbara Shaheed, congratulated their classmates on accomplishing the first step in realizing their dreams to be early childhood educators. The speakers encouraged their peers to put into practice what they learned during the course in order to promote children’s cognitive, emotional and physical growth.

All 2015 CDA graduates have completed their 120 hours of coursework. Those who have also completed the required 480 practice hours working with children in a licensed setting are now ready to apply to take the national CDA exam with the Council for Professional Recognition. Upon passing the exam, students will receive a nationally certified CDA credential.

“I admire all of our students,” said Wendy Guardado, CDA Coordinator. “All of them have a job and/or have children, but they still found the time, willingness and energy to come to class every day. This is the beginning of their careers as teachers, and I’m sure they are going to be great.” 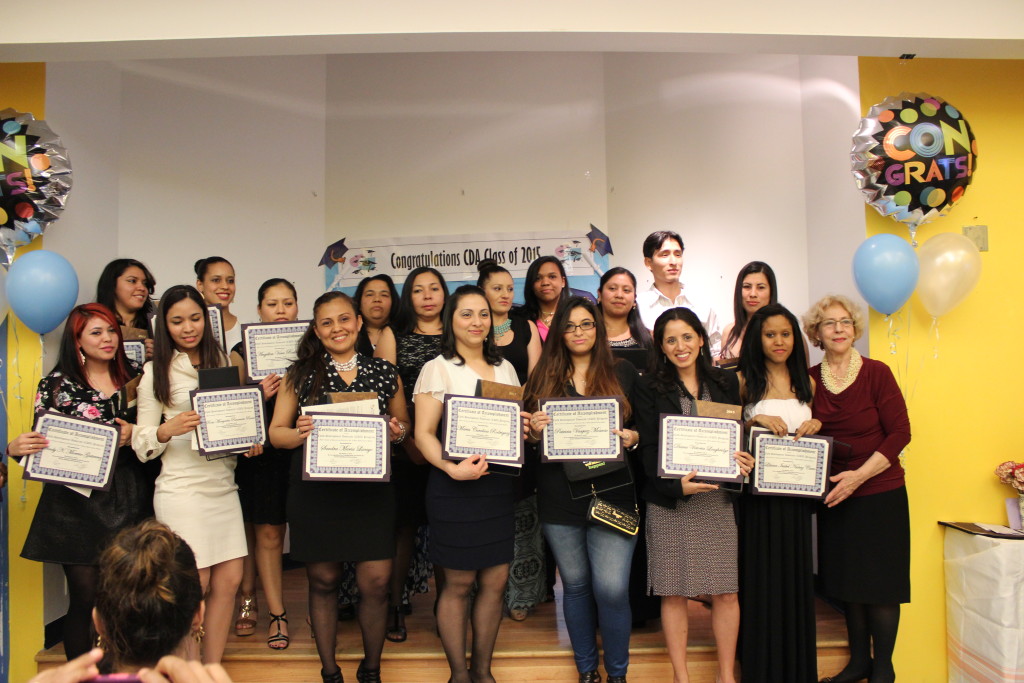 Mayor Elect Muriel Bowser visited Briya’s student council meeting this fall, where students asked her to continue to support Briya’s family literacy model. Bowser listened to students’ thoughts on how adult education benefits families and helps students integrate into their community. Students also expressed the need for more a new building so that more families can benefit from Briya’s services. 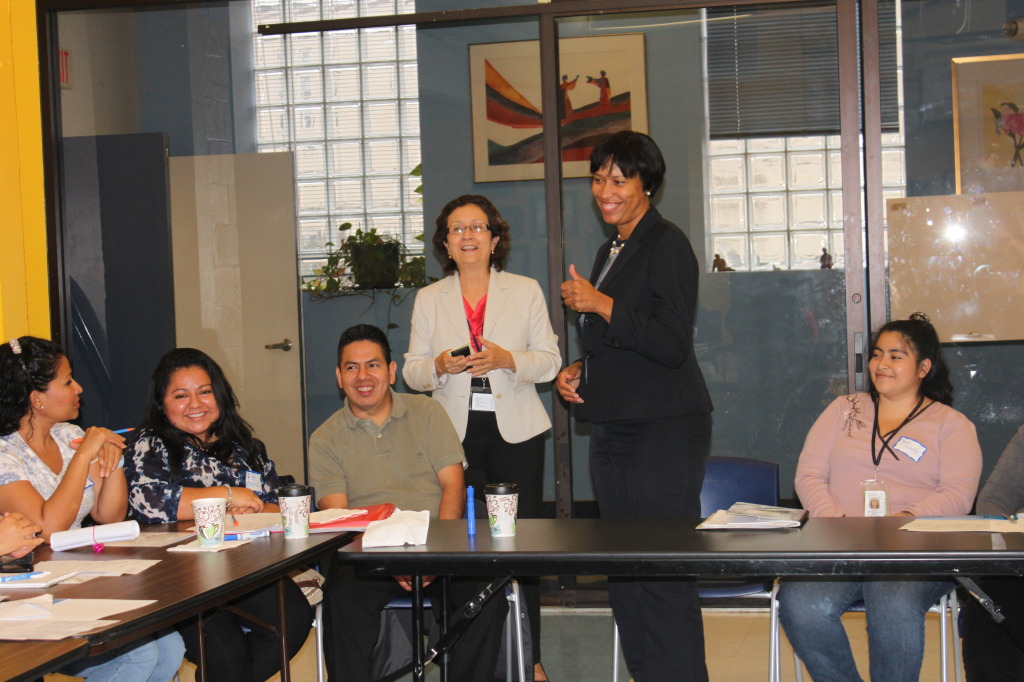 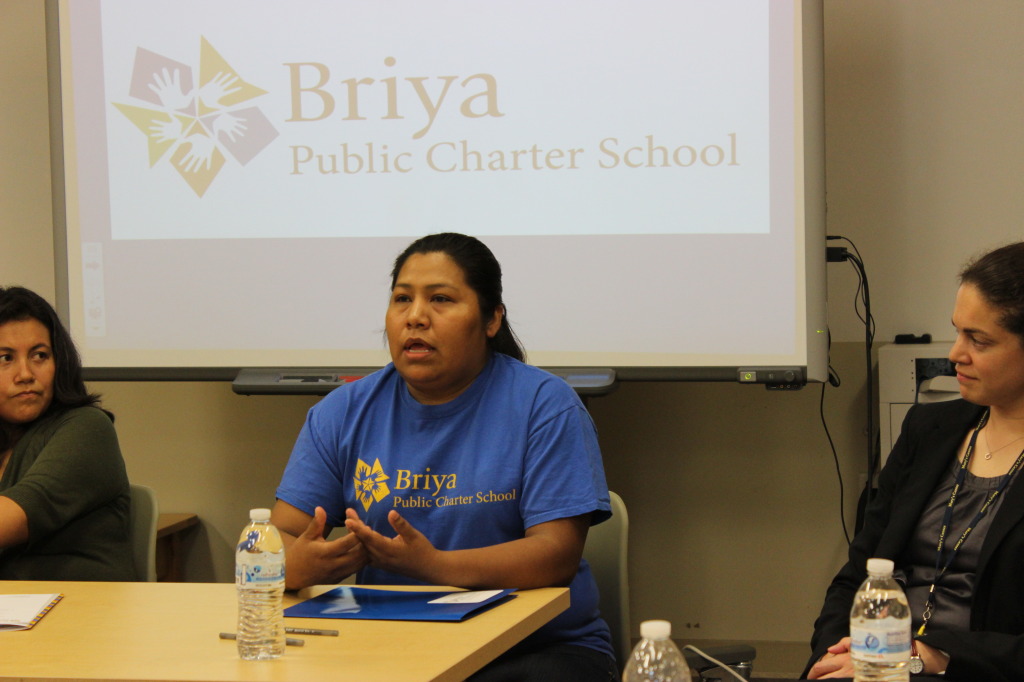 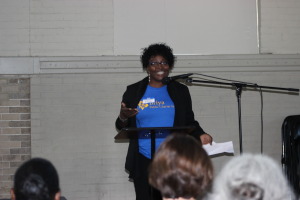 Briya student Elisabeth Hando stepped up to advocate for herself and others during Adult Education and Family Literacy (AEFL) Week, September 22-26.

Hando, a native French speaker from Cameroon, started as an Advanced II student at Briya this year. As an assignment in her Digital Literacy class, Hando wrote a letter to mayoral candidate and 4th Ward council-member Muriel Bowser, responding to the question, “What motivated you to go back to school, and how has that decision impacted your life and your family’s life?”

Hando’s letter was selected for submission to the citywide AEFL Week essay contest, sponsored by the DC Adult and Family Literacy Coalition. Her letter won first place in the ESOL category.

“I was motivated to continue my education and learn English so that I could support my children with their homework and for access to more job opportunities,” Hando said in the letter. “Most of the families that flee their countries in difficult conditions seek a better life, and they deserve education opportunities.”

Hando was recognized for her outstanding essay at the AEFL week Big Tent Meeting on September 26, where she was awarded a Dell laptop and had a chance to address the audience.

Hando explained how education allowed her to improve her English and gave her the confidence and skills to open her own daycare and start her own nonprofit organization, Renaissance Center for Culture and Education, which offers programs including mentoring, performance art and French language classes for children.

In addition to winning the essay contest, Hando was part of a group of adult learners, including six other Briya students, who attended AEFL Advocacy Day at the Wilson Building on September 24. The group met with council-member Bowser to advocate for family literacy and adult education programs.

Hando spoke to Bowser, using her experience to demonstrate the importance of programs like Briya’s.

“Adult education should be a priority because it has a lot of impact on our families,” Hando said.